The Mecklenburg Bull Shooters club was formed in 2011 in response to the passing of Gerald McGraw’s wife Sgt. Joy McGraw. She was a member of the Charlotte Mecklenburg Police department for 25 years before her life was turned up side down in September 2009 with stage 4 lung cancer. She fought it until Aug.08, 2010, at which time her life ended at the age of 48. Gerald wanted to do something to keep her name and memories alive. There was a group of guys that started shooting together to enjoy fellowship. These five guys carved out the ideals and mission of the Mecklenburg Bull Shooters while enjoying competition, laughter, shooting sporting clays, and also shooting the bull.

The idea of holding a sporting clay event in honor of Sgt. Joy McGraw was conceived and the first “Shoot For Joy” event was held on 9/10/11. The Mecklenburg Bull Shooters club was able to make a donation of $5,000 in her honor to the Charlotte Mecklenburg Police Department. In August of 2012, the second annual “Shoot For Joy” was held and a donation of over $7000 was made to Kidds Rein in Latta Plantation. Another $5000 was donated in December of 2012 to several organizations in need in our community.  In 2016, five years after the first Shoot for Joy event was held the Mecklenburg Bull Shooters were able to donate more than $19,000.00 to several organizations throughout the community.  Several of the 2016 beneficiaries are listed below:

For the future, it is the Mecklenburg Bull Shooters’ mission to grow the “Shoot For Joy” event and expand our calendar, to raise funds for families, individuals, and organizations in need. Come join us for a great cause and a fun time!

Letters of appreciation from a few of the organizations that benefit from the MBS fundraisers: 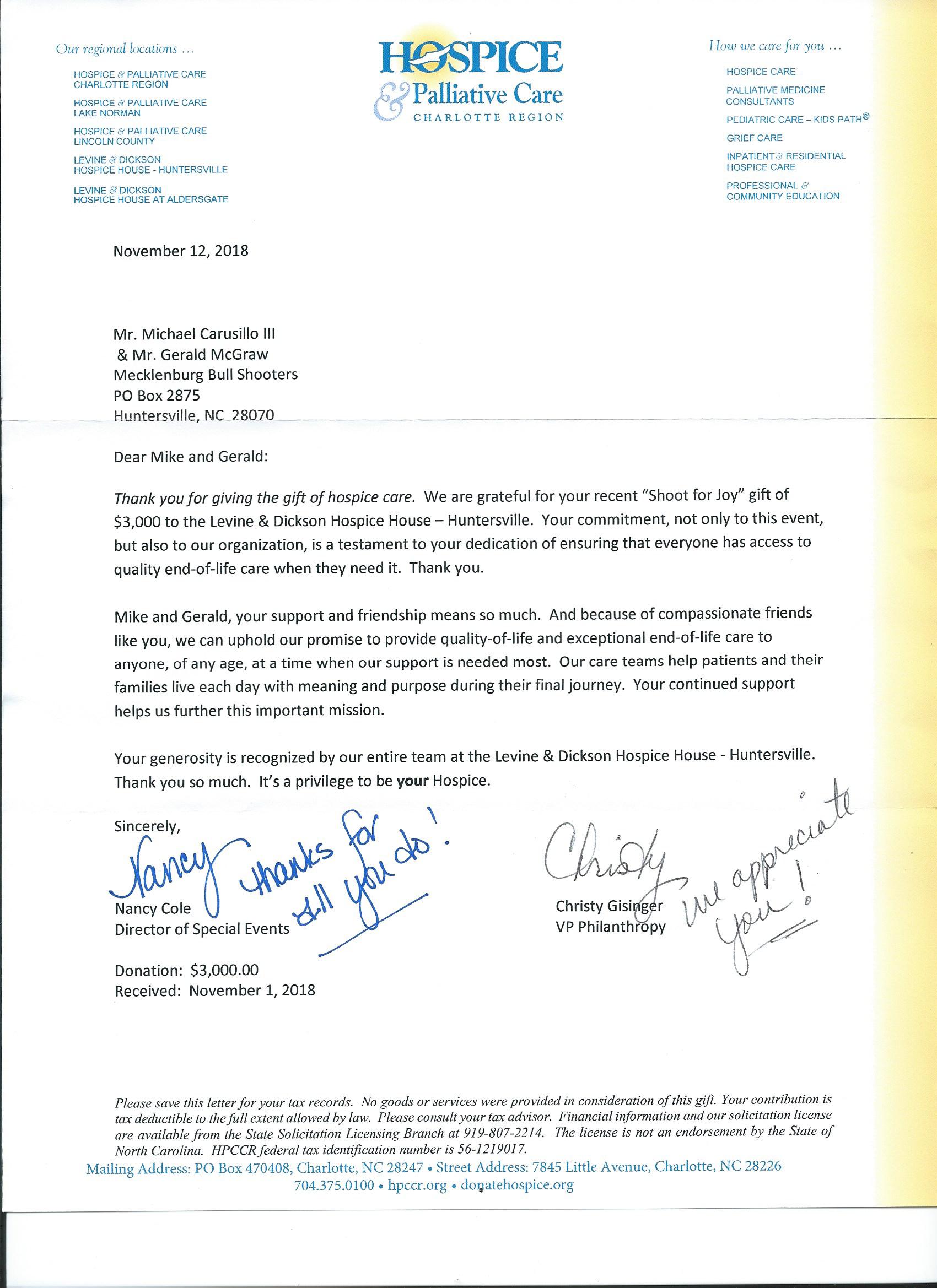